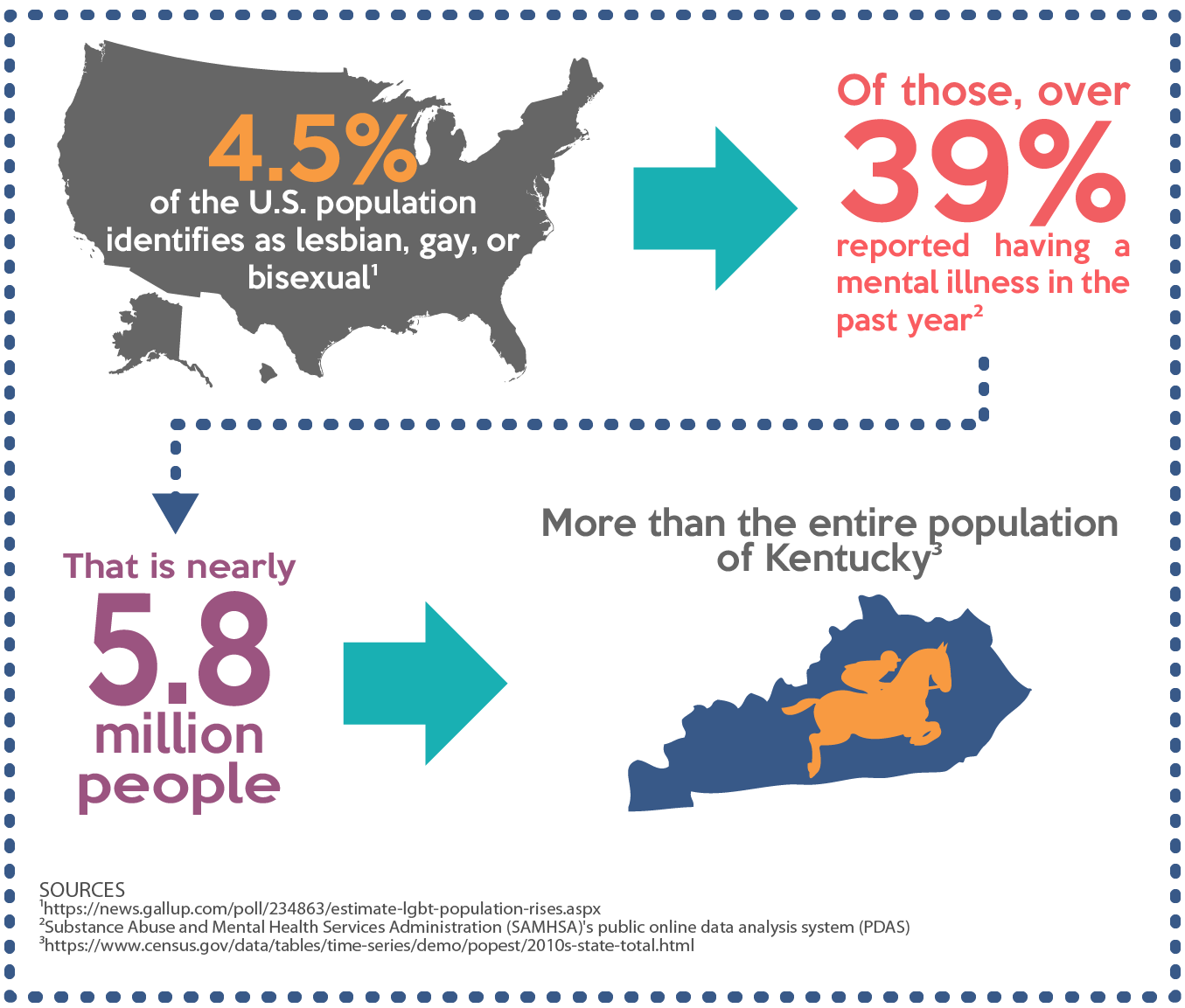 Most LGBTQ+ individuals are incredibly resilient and will thrive in the face of adversity, with the help of supportive families, communities, and peers. One study even found that LGBTQ+ people used mental health services at 2.5 times higher rates than their “straight” counterparts. [1] However, they are also at particular risk for experiencing shame, fear, discrimination, and adverse and traumatic events.

Also, many people who identify as LGBTQ+ are part of second (and sometimes third or more) community that is marginalized. Examples of these groups are BIPOC (Black, Indigenous, or People of Color), people with a physical disability, people practicing a religion different than their neighbors, and people with low socioeconomic status. These people have complex experiences that cannot be easily addressed in one area of their life.

There are many negative stereotypes about being LGBTQ+ which makes many uncomfortable letting people know this important part of their identity. When people do openly express this part of themselves, they face the potential of rejection from peers, colleagues, and friends can exacerbate feelings of loneliness.

MHA has developed unique materials for the LGBT audience:

“What Does Gay Mean?” How to Talk with Kids about Sexual Orientation and Prejudice

How Do I Find LGBTQ+ Friendly Therapy?

[7] National Center for Transgender Equality. (2016). The report of the 2015 U.S. Transgender Survey. https://transequality.org/sites/default/files/docs/usts/USTS-Full-Report-Dec17.pdf

[8] Kates, J., Ranji, U., Beamesderfer, A., Salganicoff, A., & Dawson, L. (2016). Health and access to care and coverage for lesbian, gay, bisexual, and transgender individuals in the U.S. Retrieved from http://kff.org/report-section/health-and-access-to-care-and-coverage-for-lesbian-gay-bisexual-and-transgender-health-challenges/