June is Pride month - a time to honor the LGBTQ+ community, to lift their voices, celebrate their cultures, and recognize the progress and remaining work in the fight for LGBTQ+ rights. Inspired by the 1969 Stonewall Uprising, a tipping point in the LGBTQ+ rights movement in the United States, Pride is part celebration and part political activism. While a lot has changed in the 53 years since the Stonewall Uprising, the LGBTQ+ community still faces discrimination interpersonally and systemically.

Inequity harms mental health. While being LGBTQ+ is NOT a mental health condition or concern, LGBTQ+ individuals experience mental health struggles at higher rates than their straight and cisgender peers. Mental health challenges among the LGBTQ+ community are primarily due to individuals facing stigma, discrimination, and bias in many forms.

LGBTQ+ individuals can be incredibly resilient and thrive in the face of adversity with the help of supportive families, peers, and communities. But the ultimate protective factor in LGBTQ+ mental health is removing these adversities altogether, which we can work to achieve through creating informed and affirming environments. MHA thanks Janssen: Pharmaceutical Companies of Johnson & Johnson and Otsuka America Pharmaceutical, Inc. for supporting our public education efforts.

How is Pride Relevant to Mental Health in 2022?

With an increasing amount of anti-LGBTQ+ legislation being proposed and enacted across the United States, 2022 has been a particularly difficult year for many LGBTQ+ people whose identities are being politicized. Not only does each discriminatory bill harm the LGBTQ+ individuals that it directly impacts, it also sends a broader message that LGBTQ+ people don’t have the right to exist or thrive in the ways that non-LGBTQ+ folks do.

New! to our collection of LGBTQ+ Resources this June

Want to advocate for LGBTQ+ mental health on social media?

Don't forget to tag us! 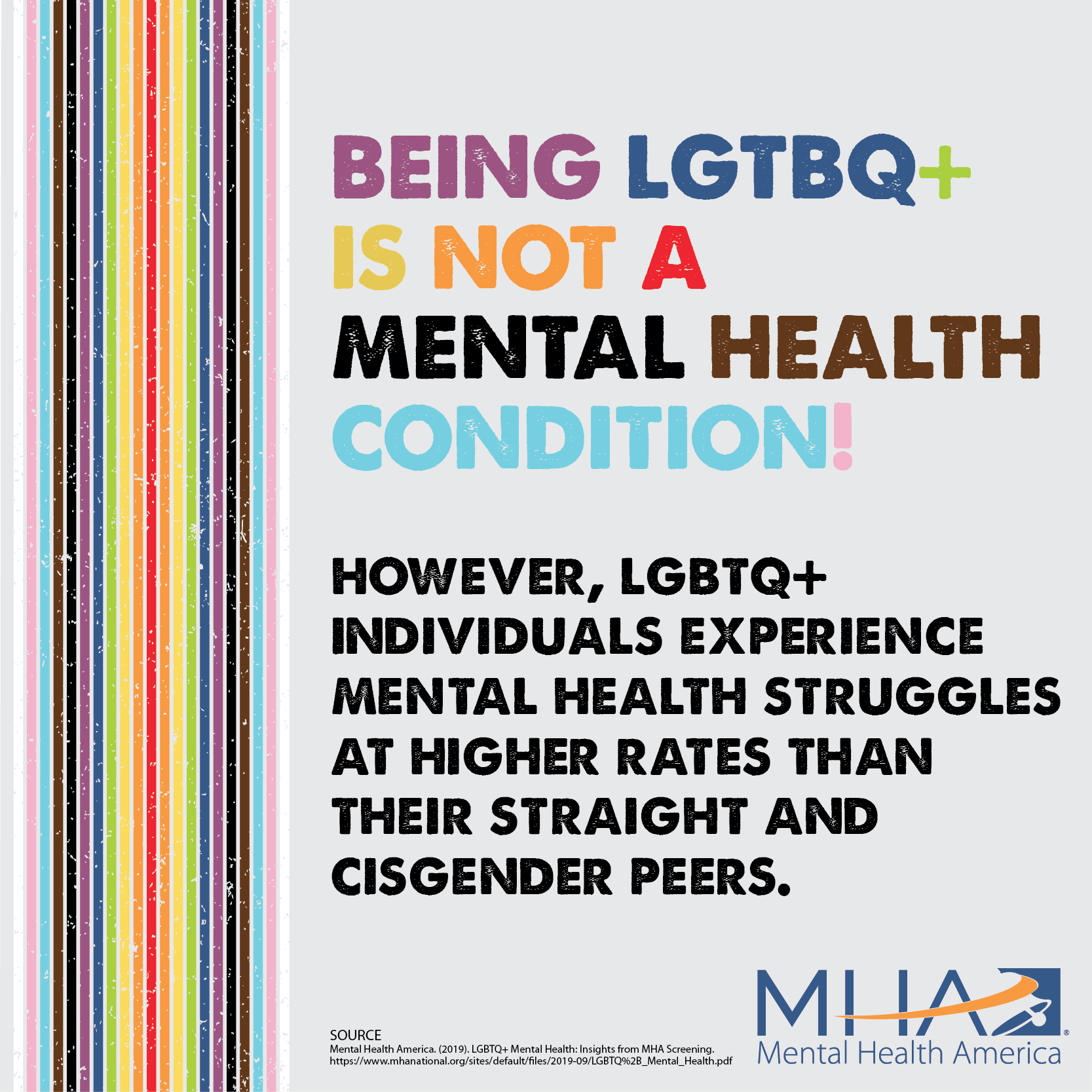 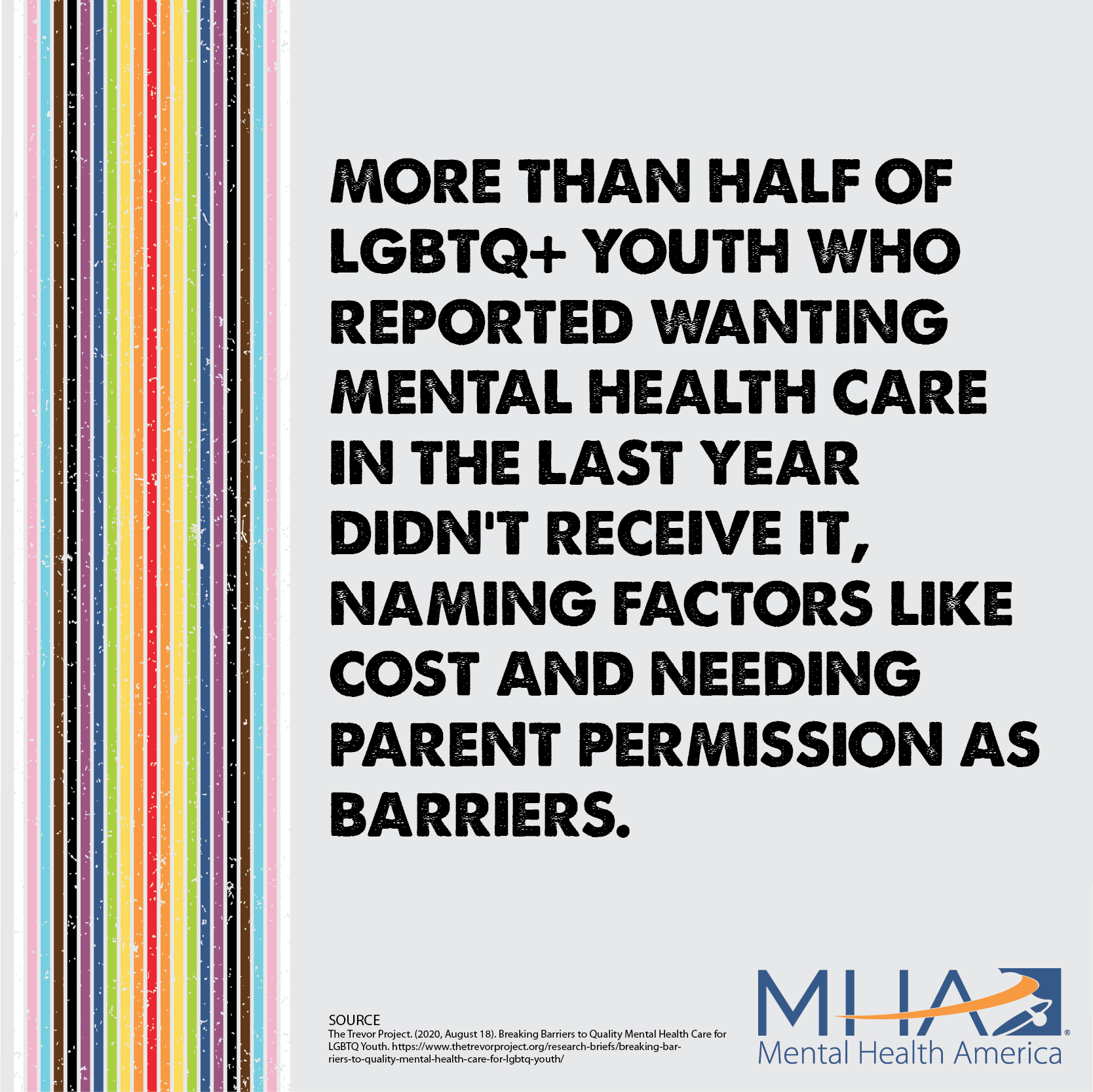 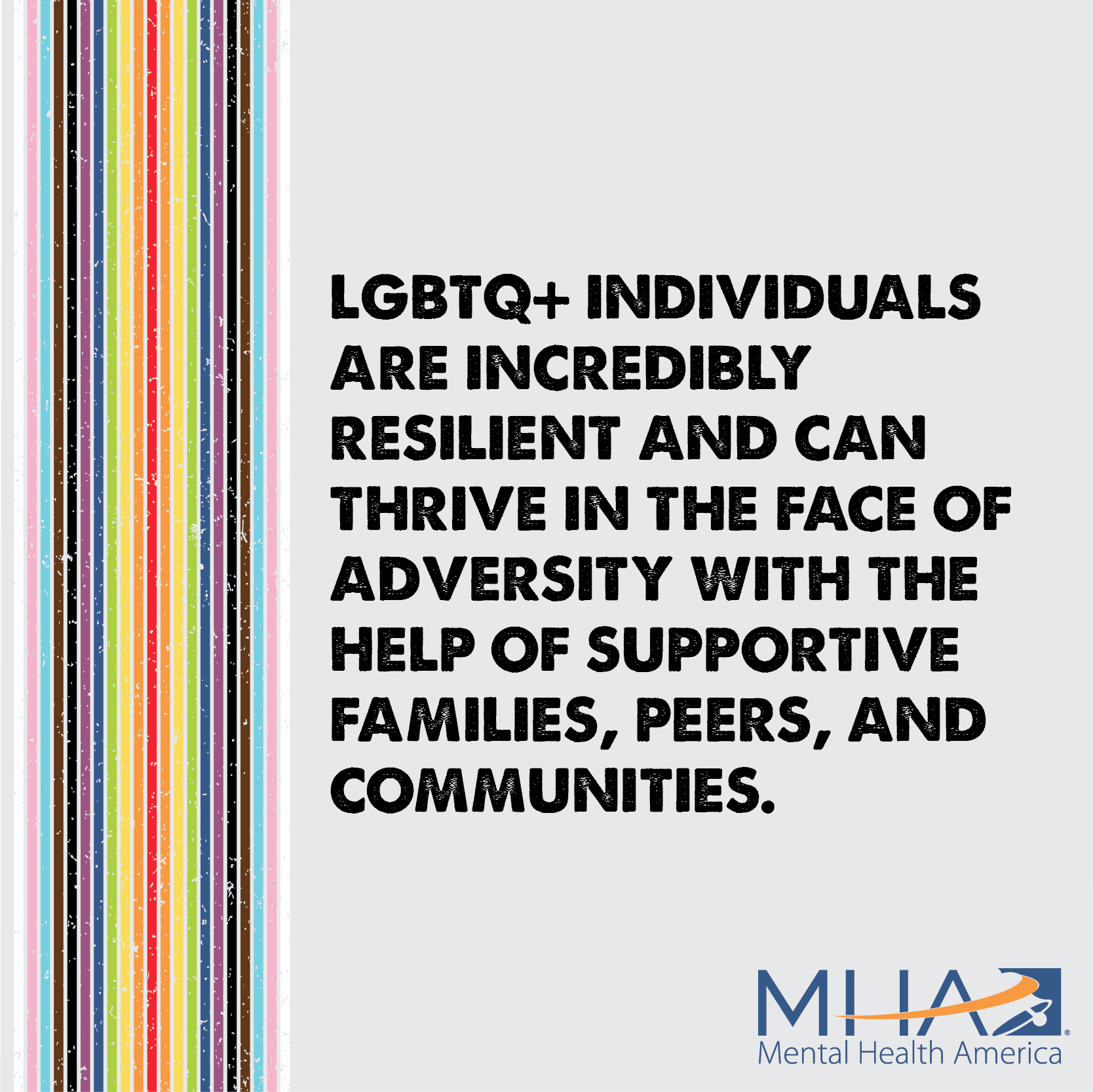 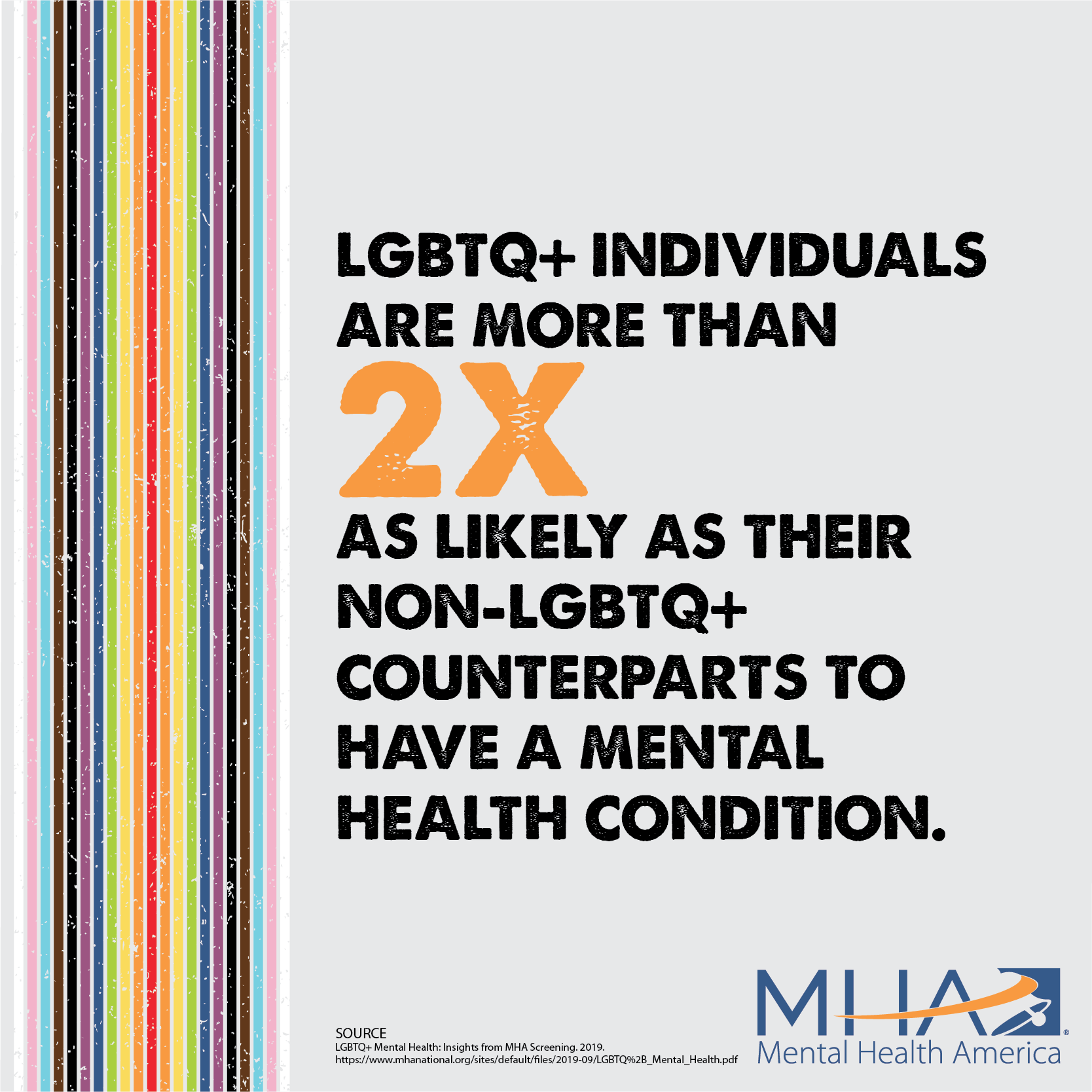 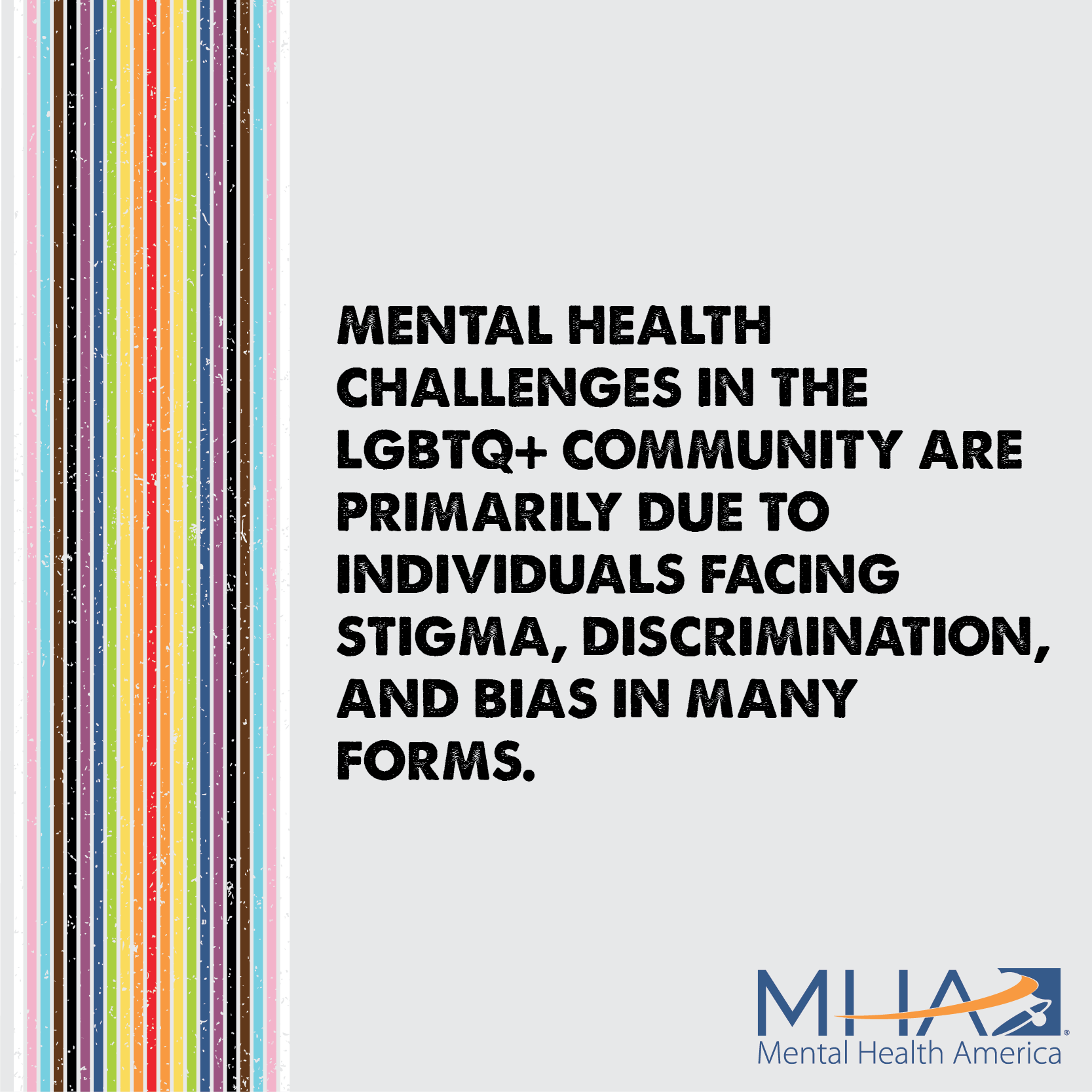 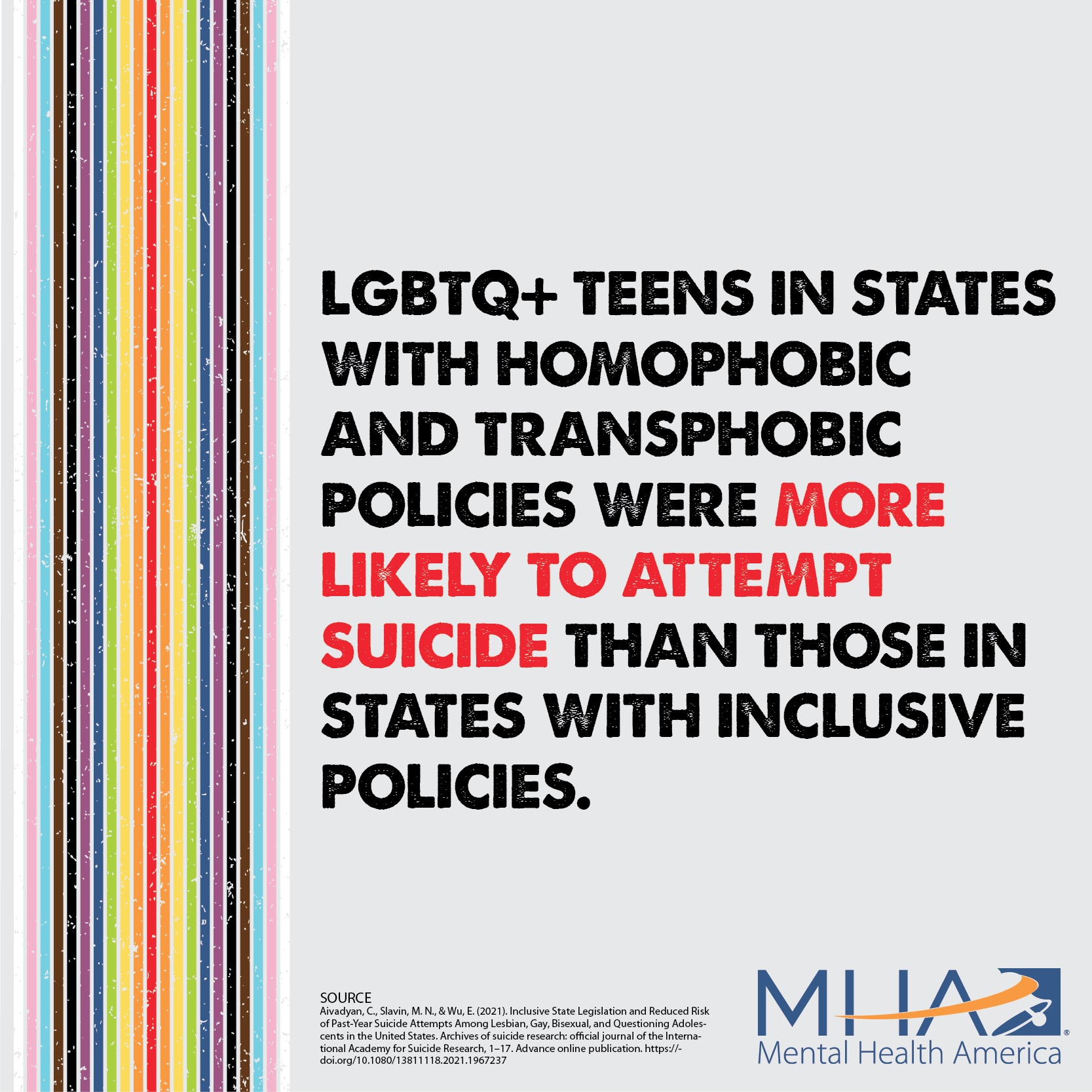 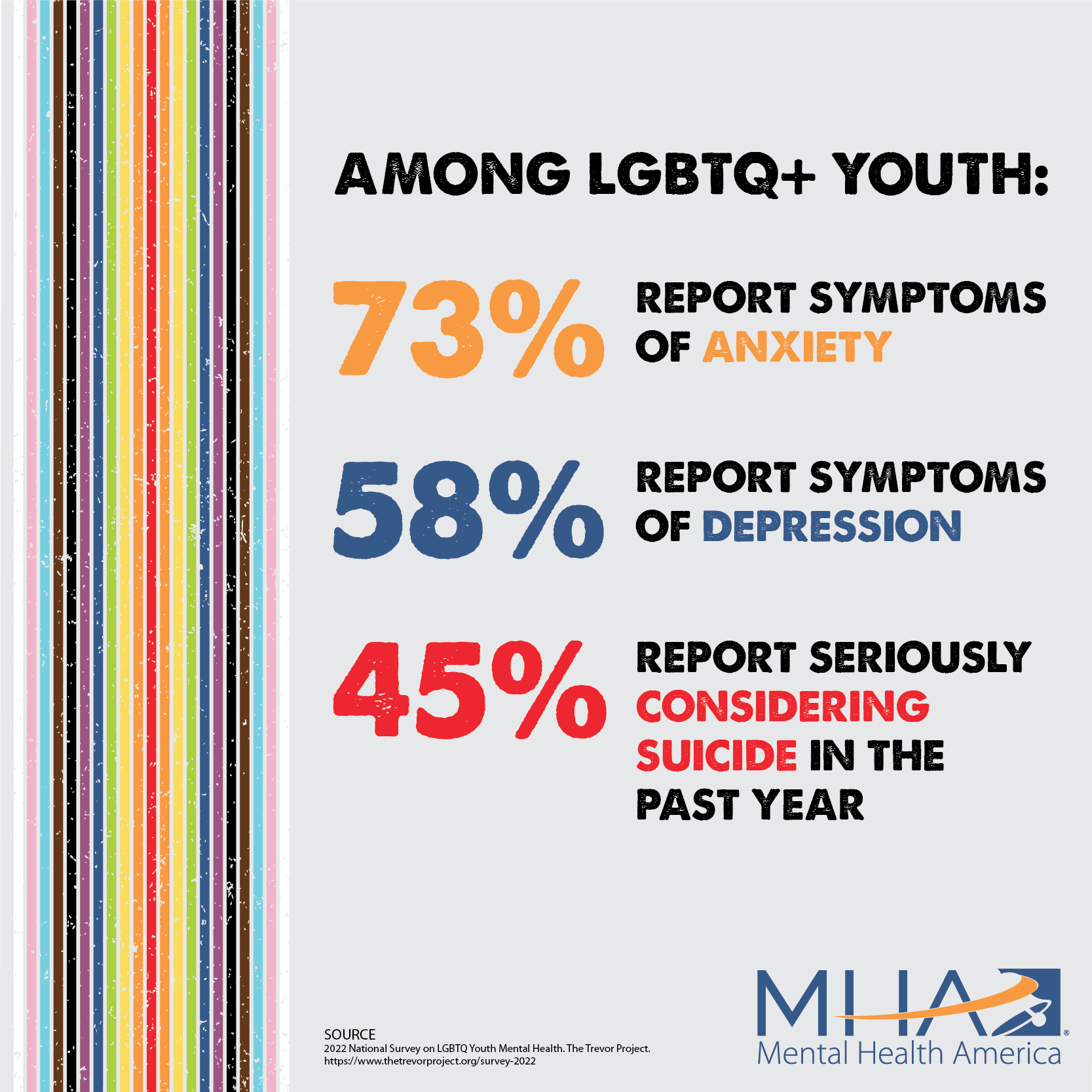 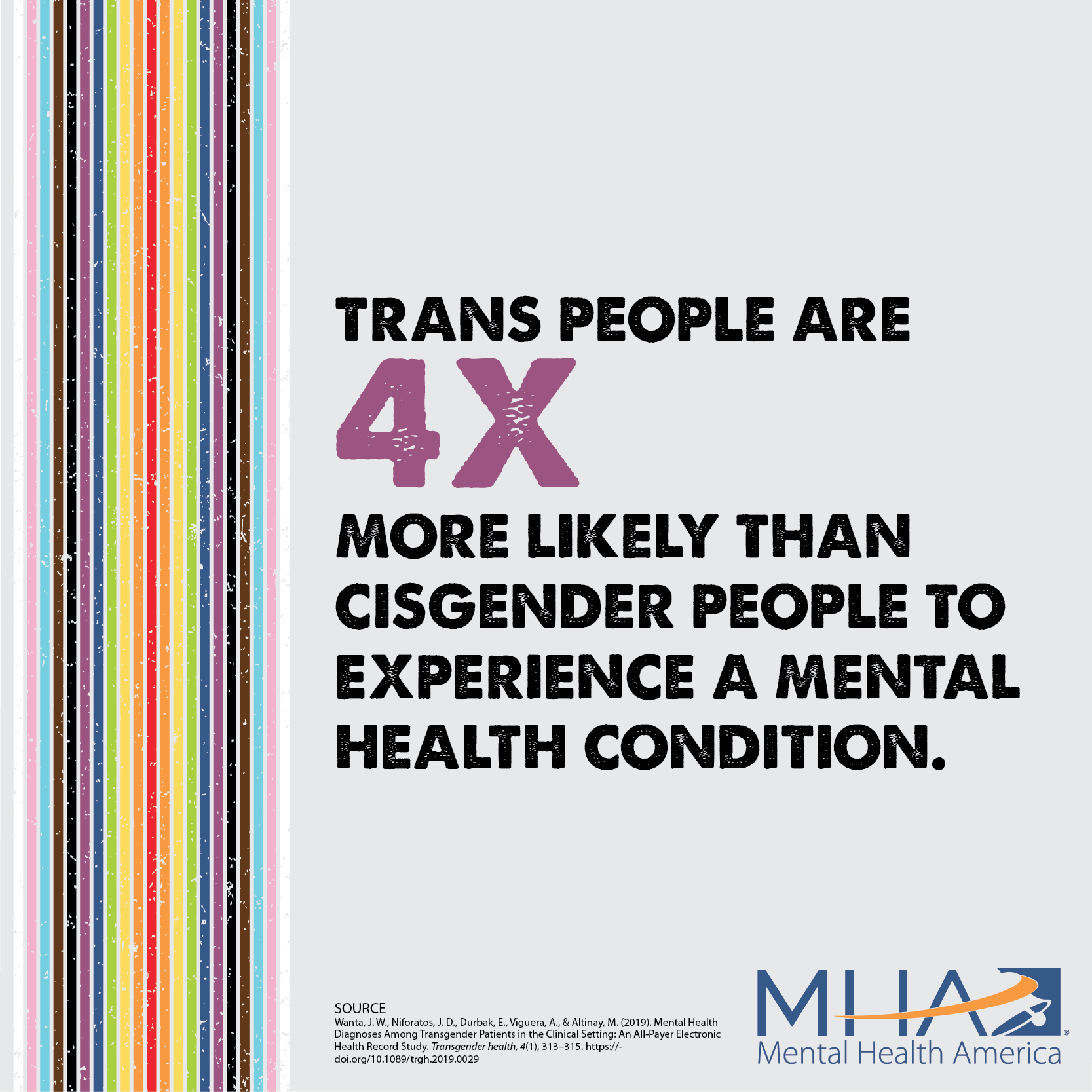 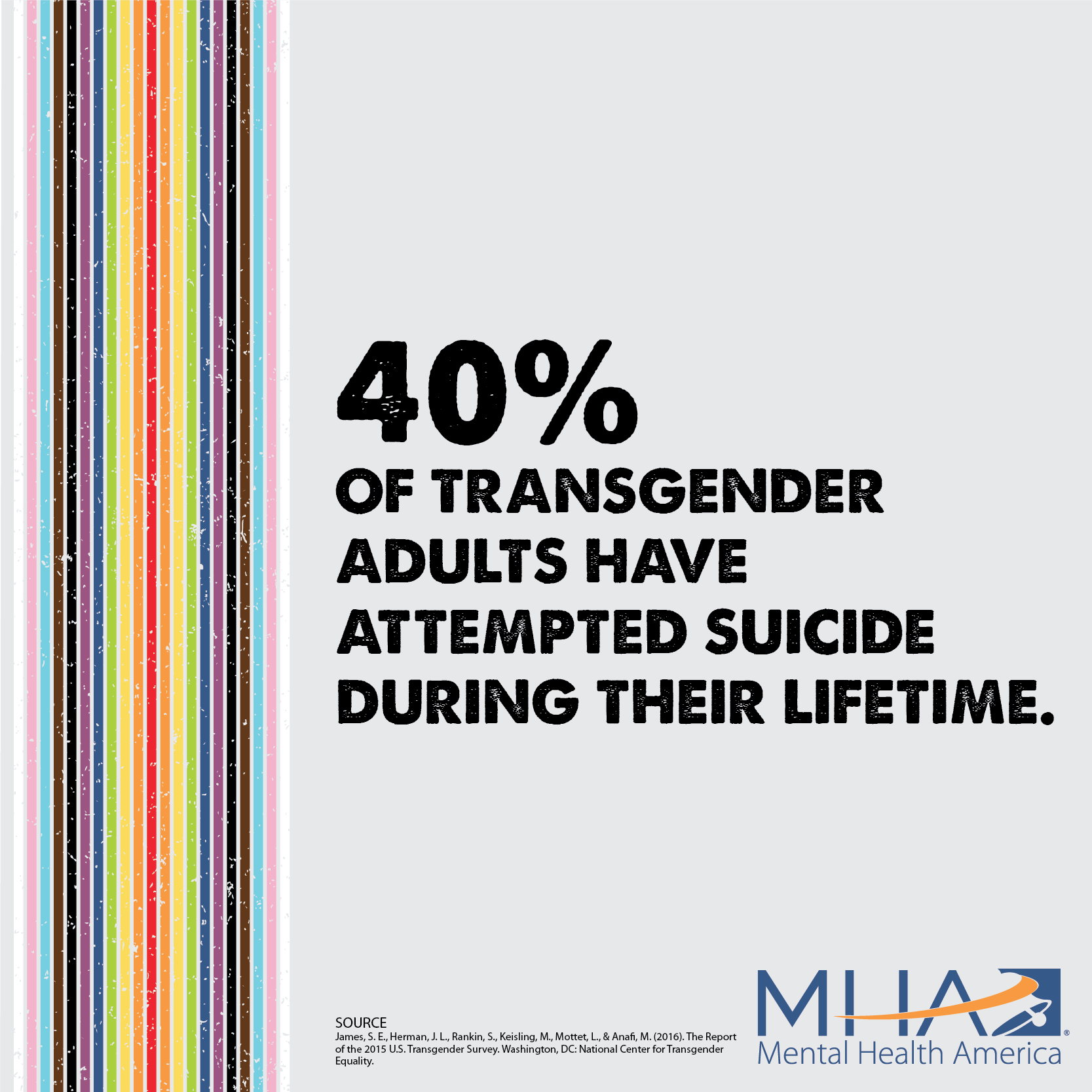 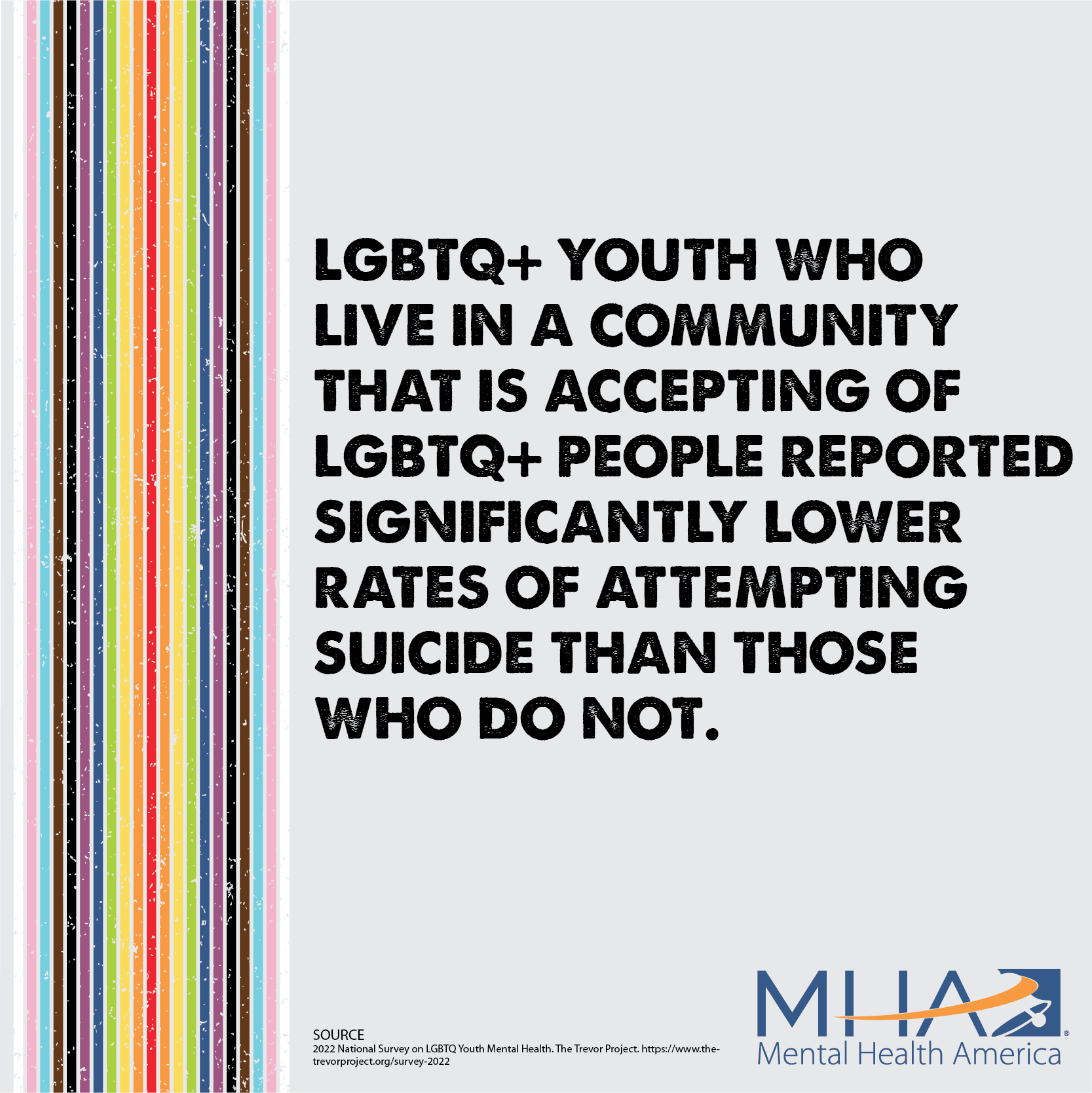