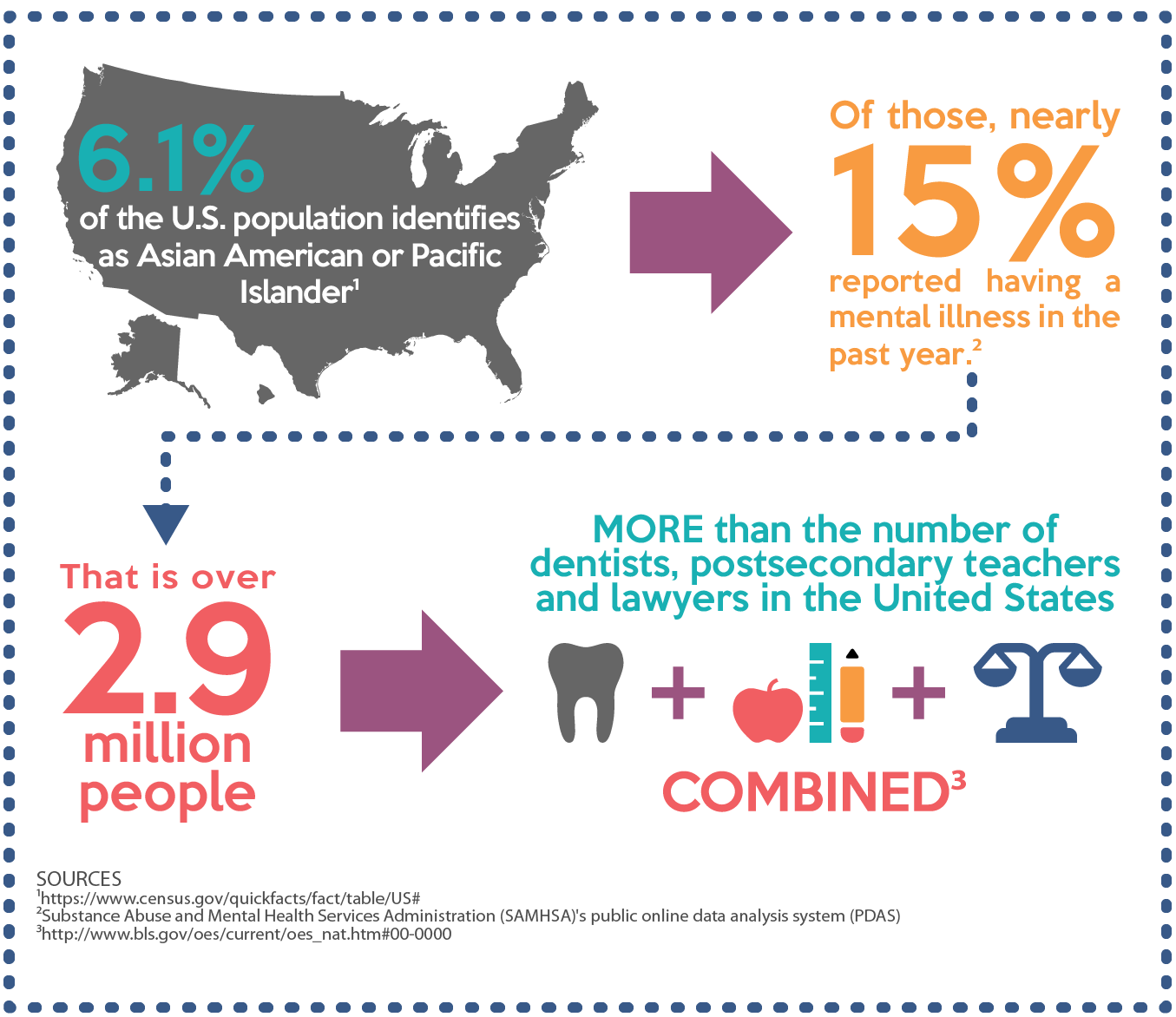 It’s important to recognize that the term “AAPI” (Asian American / Pacific Islander) encompasses a wide range of countries, ethnicities, nationalities, and identities. Many different communities within AAPI label face their own unique challenges: from the trauma faced by those who survived wars in Laos, Cambodia, and Vietnam;  Japanese Americans who remember the internment camps of the WW2 era; or the anxiety felt by the children of first-generation immigrants to reconcile their cultural heritage with American life. The struggles faced by Filipinx Americans vary from the experiences of Indian Americans (not to be confused with Native Americans). Additionally, Native Hawaiians, who are grouped into the category of AAPI as Pacific Islanders, still experience generations of historical trauma from the colonialization of the islands of Hawaii.

AAPI communities in the United States (U.S.) have had to struggle to reconcile their identities and challenges while recognizing the privilege that comes with the “model minority” myth. The "model minority" myth is a microaggression known as “ascription of intelligence,” where one assigns intelligence to a person of color on the basis of their race. It’s important to recognize how the “model minority” myth plays into complex systems that hold up white supremacy by allowing Asian Americans to benefit from systems of power at the expense of the wellbeing of Black people.

Other race-based issues that impact the mental health of AAPIs include but are not limited to:

The Perpetual Foreigner stereotype: This occurs when someone is assumed to be foreign-born or doesn’t speak English. Some questions that perpetuate this stereotype include “Where are you from?” “Where are you really from?” and “How do you say (or write) _____ in your language?” This increases feelings of isolation and loneliness by being presumed as an outsider based on your race.

Trauma: First-generation immigrants - particularly from conflict areas – may experience trauma. This trauma can be passed down to their children and subsequent generations. AAPIs with a long family history in the US may have compounded trauma due to racial discrimination.

Stigma: Asian Americans are the least likely racial group to take actions on their mental health and are more likely to reach out to friends and family. However, not all AAPIs have a strong support system and can have difficulty expressing their challenges due to guilt, shame, or even not being able to speak the same language.

Expectations: Criticizing appearance, comparing successes, not being _______ enough. Children of first-generation immigrants are particularly expected to serve as cultural and linguistic liaisons for older family members in addition to serving as a caregiver for younger children and attending school.

Religious intolerance: Religious minorities, for example Muslims and Sikhs, are often discriminated against for their appearance and beliefs, bearing the brunt of racial profiling due to Islamophobia (It’s important to note that Sikhism is not the same as Islam). There is also the assumption of criminal status where someone is presumed to be dangerous, criminal, or deviant based on their race.

Knowledge of the mental health needs and attitudes of Asian Americans/Pacific Islanders regarding mental illness is limited. Few epidemiological studies have included Asian Americans or people whose English is limited.

The National Asian Women’s Health Organization (NAWHO) sponsored a study, Breaking the Silence: A Study of Depression Among Asian American Women, that found:

According to SAMHSA’s National Survey on Drug Use and Health, mental health issues are on the rise for Asian American/Pacific Islander/Native Hawaiian young adults.