The Mental Health of Healthcare Workers in COVID-19 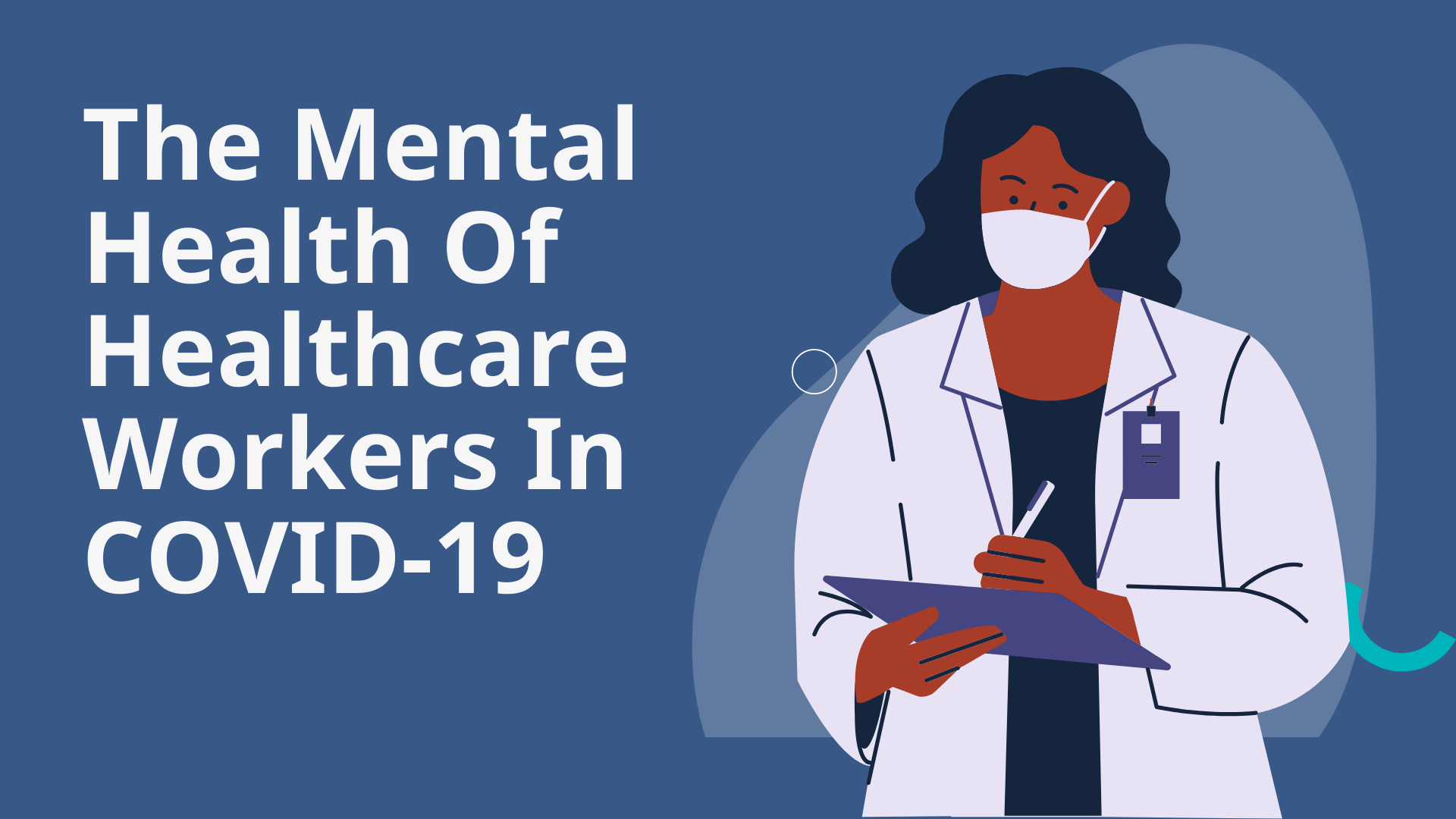 If you are a healthcare worker and are concerned about your mental health, go to mhanational.org/frontline to be screened and find resources and support. If you are experiencing a mental health crisis, call 1-800-273-TALK (8255) to reach a 24-hour crisis center, or text MHA to 741741 to reach a trained Crisis Counselor 24/7.

Throughout the COVID-19 pandemic, Mental Health America (MHA) has witnessed increasing numbers of anxiety, depression, loneliness, and other mental health concerns. COVID-19 has had a profound negative effect on the mental health of the nation, especially among those who are faced with combating the virus.

While many throughout the U.S. are coping with the fear and uncertainty of COVID-19 from their homes, essential workers, including healthcare workers, must expose themselves to the virus every day. Healthcare workers are also experiencing conditions that have been compared to a war zone, continuously witnessing the direct effects of the pandemic as it spreads throughout communities. It is essential that we provide resources to help healthcare workers cope with the mental health impact of their work.

From June-September 2020, MHA hosted a survey on mhascreening.org to listen to the experiences of healthcare workers during COVID-19 and to create better resources to help support their mental health as they continue to provide care.

The responses collected from the 1,119 healthcare workers surveyed indicated that they are:

The following analysis is based on the responses of 1,119 healthcare workers surveyed on MHA Screening (mhascreening.org) from June 1-September 1, 2020.

The majority (76 percent) of respondents were young adults ages 18-44.

Most (70 percent) of the respondents were White, followed by Black or African American (10 percent), and Hispanic or Latino (8 percent).

The largest groups of respondents were other healthcare staff (30 percent) and nurses (22 percent). Nineteen percent of respondents identified their position as “Other,” which included mental health professionals, social workers, and pharmacy staff, among others.

Fifty-two percent of healthcare workers surveyed did not have direct known exposure to COVID-19 patients but had the potential for exposure. Twenty-eight percent were working directly with COVID-19 patients. 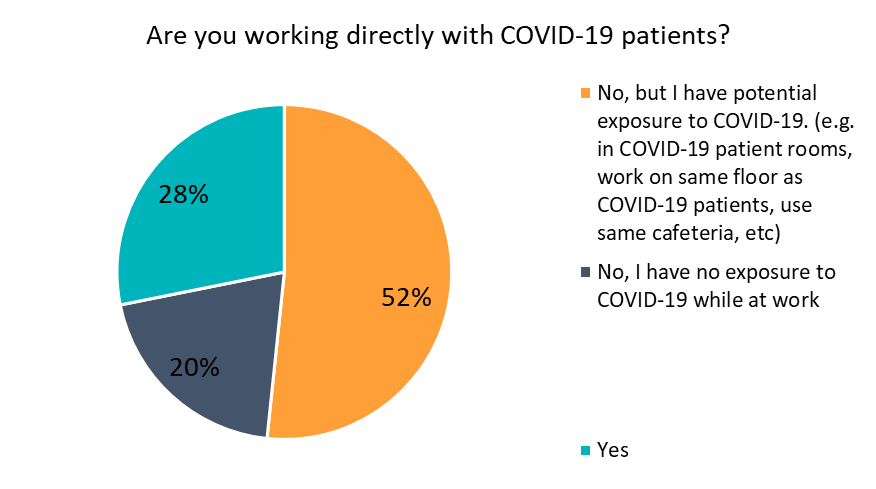 However, most (73 percent) respondents to the Healthcare Workers survey had not previously contracted COVID-19 at the time of surveying. 10 percent either had confirmed or suspected cases of COVID-19, and 17 percent were unsure. 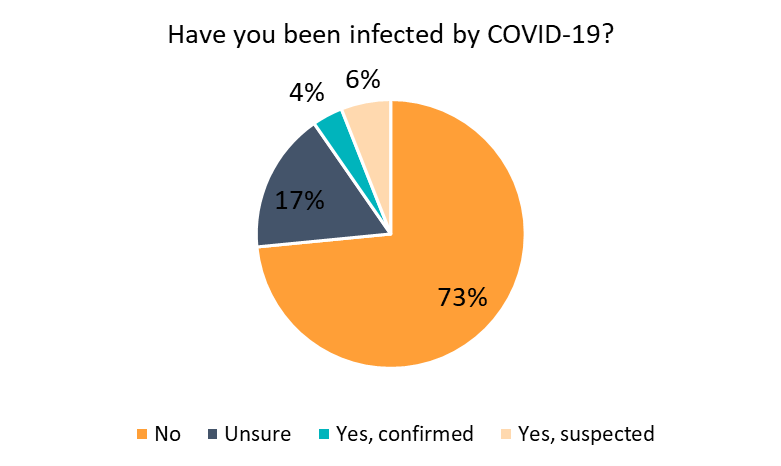 Experiences of Healthcare Workers During COVID-19

MHA asked healthcare workers, “In the last three months, which of the following feelings have you been regularly experiencing? Check all that apply.”

Stress was the most commonly reported feeling, with 93 percent of healthcare workers indicating that they had regularly experienced stress in the last three months. This was followed by anxiety (86 percent), frustration (77 percent), exhaustion or burnout (76 percent), and feeling overwhelmed (75 percent). Gratitude, hope, and pride were reported by fewer people, although nearly a third (31 percent) reported that they regularly felt gratitude.

MHA also asked healthcare workers, “In the last three months, have you experienced an increase in any of the following? Check all that apply.”

Healthcare workers were most likely to report that they had increases in emotional exhaustion in the last three months (82 percent). This was followed by trouble with sleep (70 percent), physical exhaustion (68 percent), and work-related dread (63 percent). Over half of healthcare workers also reported experiencing changes in appetite (57 percent), physical symptoms like headache or stomachache (56 percent), questioning their career path (55 percent), compassion fatigue (52 percent), and heightened awareness, worry or attention to being exposed (52 percent). 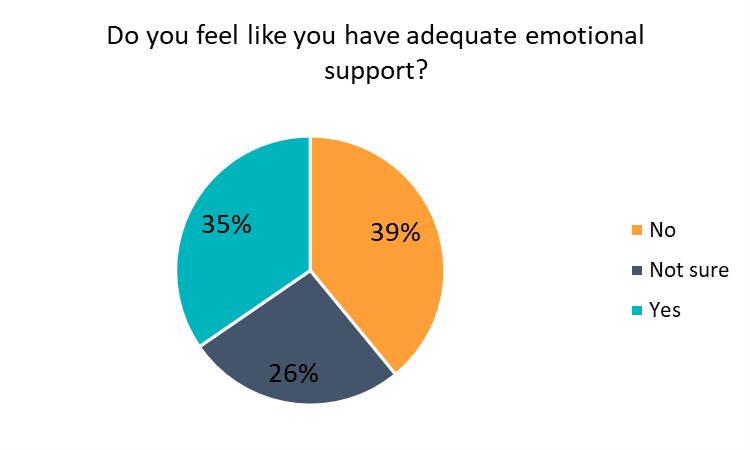 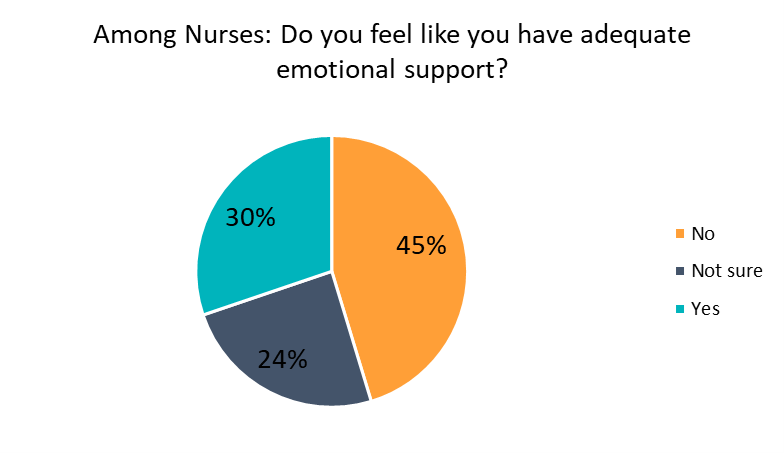 When asked to select their top three work-related stressors, 61 percent reported uncertainty about when things will settle down or return to normal, and 54 percent reported experiencing burnout. Nearly half (49 percent) also reported that their heavy or increased workload was a major stressor in the previous three months.

Fear of Exposure and Increased Stress at Home

*Percent determined from the number of respondents who reported having children, as opposed to the whole population of respondents.

When asked about their top three home-related stressors, the majority of respondents (63 percent) reported that they were too tired when they got home from work to do home-related tasks such as cooking and chores. Nurses were even more likely to report feeling too tired after work than other healthcare workers (67 percent). Forty-one percent of healthcare workers reported loneliness as a significant stressor, and over 40 percent reported financial stress.

Among healthcare workers who indicated that they had children, 34 percent indicated that not being able to support children or be a present parent was a major stressor, and 32 percent reported a lack of quality time with their children as a result of COVID-19. 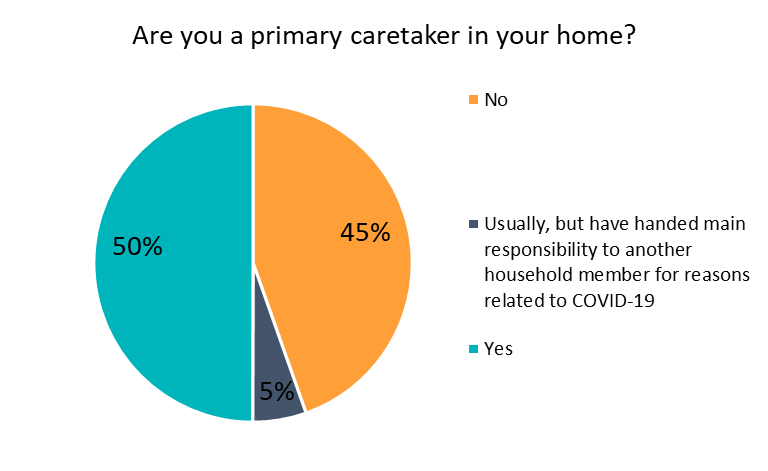 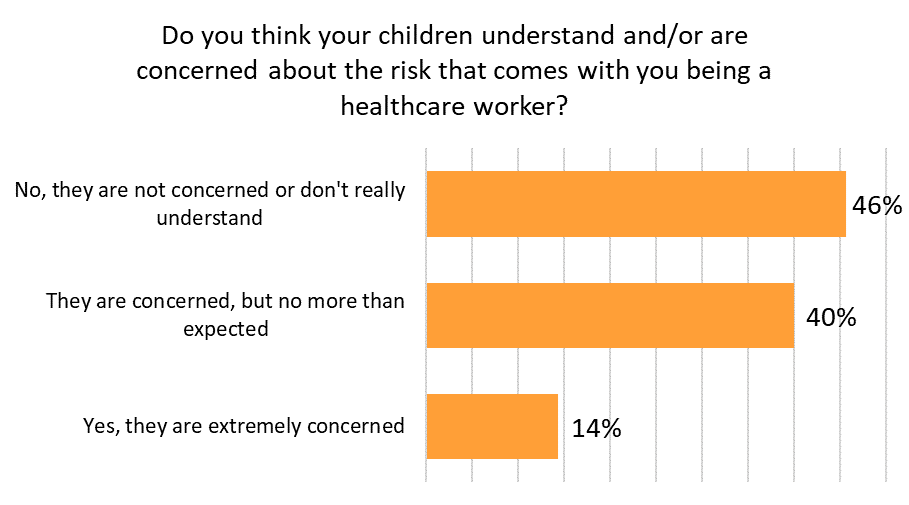 For resources and supports for healthcare workers, please visit mhanational.org/frontline

The Healthcare Worker Survey was made possible by the generous support of the Johnson & Johnson Foundation.