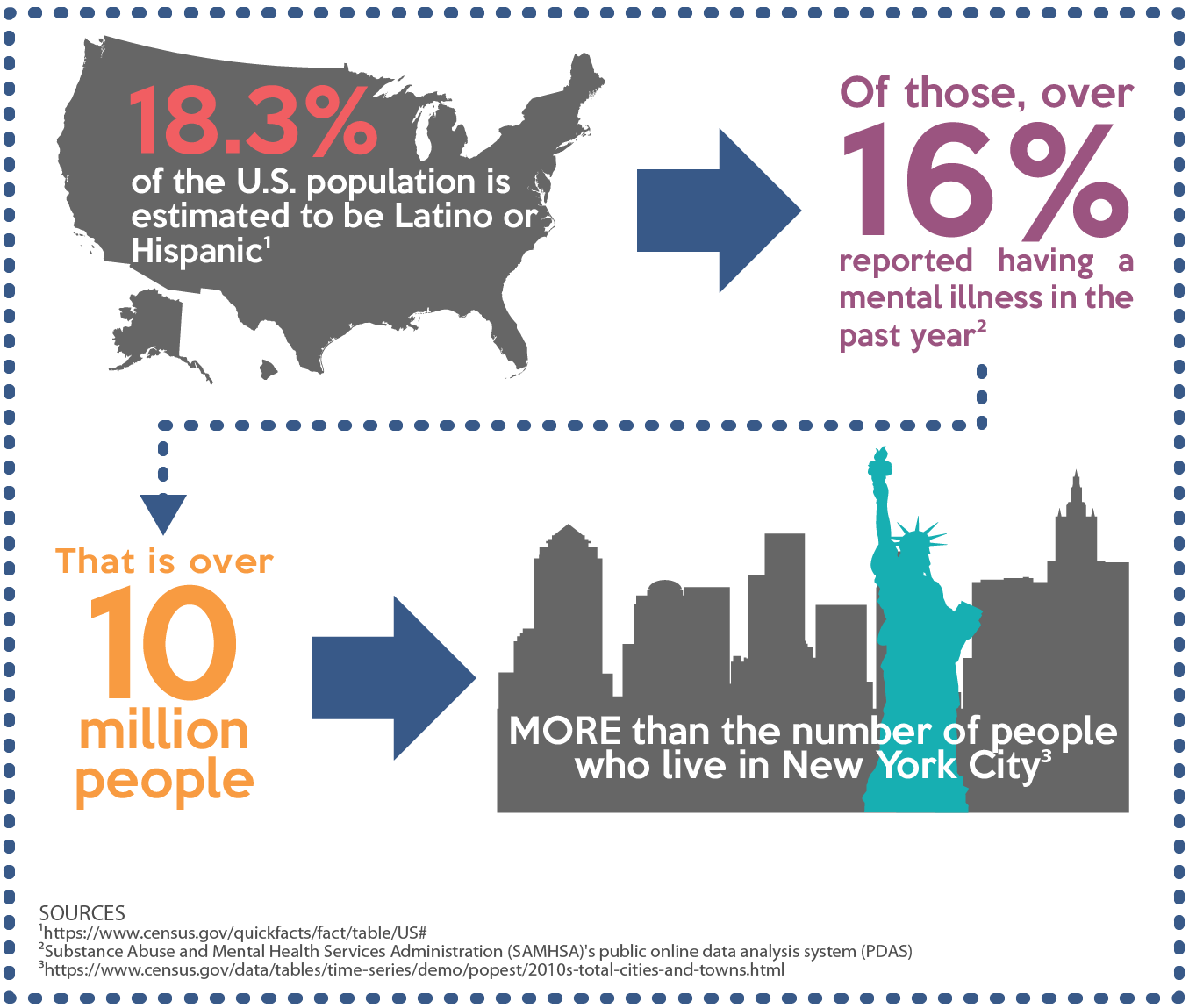 Scroll to the bottom to find Spanish language materials.

The Latinx/Hispanic community is made up of diverse individuals oftentimes set apart by their country of origin or ancestral history.

For the Latinx/Hispanic community, mental health and mental illness are often stigmatized topics resulting in prolonged suffering in silence. This silence compounds the range of experiences that may lead to mental health conditions including immigration, acculturation, trauma, and generational conflicts. Additionally, the Latinx/Hispanic community faces unique institutional and systemic barriers that may impede access to mental health services, resulting in reduced help-seeking behaviors.

Mental Health America (MHA) works at both the national and local levels to raise awareness about mental health. We believe that everyone at risk for mental illnesses and related disorders should receive early and effective interventions based on the unique needs of the individual. We are focused on creating materials and content that help to bridge the gap in knowledge about mental health conditions with the goal of normalizing conversations around mental health in this community.

The American Psychiatric Association digested several studies in a 2017 fact sheet. [6] Among its highlights, it found that: