A Walk on the Beach

By Joseph Gervasi, Board Member of MHA of Essex and Morris County 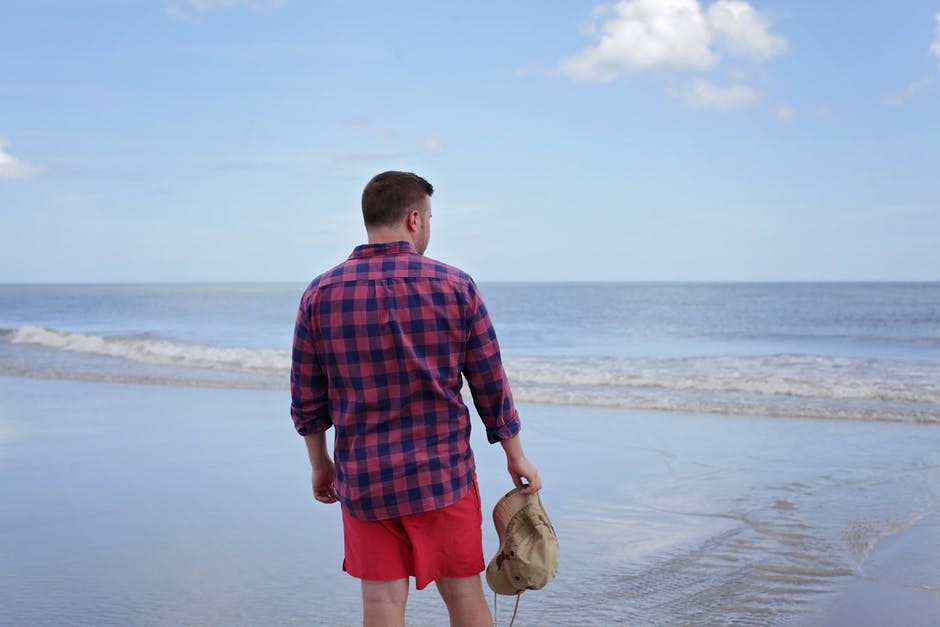 The forecasted weather motivated a change of plans that sent me and my wife south on the Garden State Parkway to salvage as much time as possible on the quiet Belmar beach before we were shut down for winter. As we combed the shoreline gathering shells that had washed up after the weekend's nor'easter, I noticed a young woman sitting alone on the sand staring out over the ocean. Her total and prolonged stillness made me feel she was experiencing an emotional crisis. That feeling heightened when she lay down in the sand and remained motionless for several minutes.

I continued walking the beach ostensibly looking for shells but, in fact, watching her. She remained unaware of my presence as I tread a wide circle around her, considering if I should ask if she was all right. At first, I thought I should mind my own business rather than risk interrupting her reverie and causing her embarrassment or even anger. I tried to predict how I would react if our roles were reversed. Then, I considered what I would want a stranger to do if that young woman were my own daughter. With that perspective, it became clear that if there was a chance this person was in emotional pain, leaving her there alone and ignored was unacceptable.

I approached where she was still lying motionless in the sand; and seeing her eyes open, I simply asked if she was okay. To my relief, she gave me a warm smile and said she was just fine. She explained that after living down the Shore for many years, she was relocating to the mountains and just wanted to enjoy the sights, smells, and sounds of the ocean one more time before moving out of the area. The young woman warmly thanked me for caring enough about a stranger to ask about her well-being and offer aid. I wished her well and hurried down the beach to catch up with my wife, satisfied I had done something good.

I realized it had taken me nearly ten full minutes to resolve my conflict and eventually ask if this person was all right or needed help. What truly disconcerted me was that for the prior five years I'd served as the President of the Board of Directors of what is now the Mental Health Association of Essex and Morris. I’d spent substantial time each month working with our staff to raise public awareness and advocate for people with severe and persistent mental illness - including depression and bipolar disorder - and their families.

In fact, the week before my beach encounter, I had participated in the Washington D.C. "Hill Day" event organized by the National Council for Behavioral Health and co-sponsored by Mental Health America (MHA) and many other national mental health advocacy organizations. There I joined 800 other professionals and consumers to meet with members of Congress and their staff to advocate for the passage of several important Senate and House bills that substantially increased all phases of mental health and addiction services and public education.

Ironically, one of the featured bills on our agenda was The Mental Health First Aid Act, a public education program training parents, first responders, teachers and members of the general public to identify and reach out to those in crises and connect them to professionals, peers and other sources of help. Nationally, MHA and its affiliates, including those based in New Jersey like the Mental Health Association of Essex and Morris and the Mental Health Associations of Monmouth and Passaic Counties, have been among the most active trainers and supporters of Mental Health First Aid. Yet despite my past advocacy and being steeped in this legislative outreach program for two full days, I was still indecisive when I encountered someone I suspected was in emotional crisis. Like most people, I hesitated offering assistance and risked losing an opportunity to meaningfully help someone in pain.

Daily headlines remind us of the importance of not only identifying people with severe mental illnesses but also of initiating plans for their treatment and recovery. Yet even though we notice and may deeply be concerned for people in severe mental distress, we often hesitate or fail to help them. It is this natural propensity to avoid involvement with people demonstrating mental illnesses that requires raising public sensitivity with training programs like those generated by The Mental Health First Aid Act. And making sufficient funds available through the bills currently in Congress to educate the public and those who, through their jobs, may be exposed to people with untreated mental illnesses or people in crisis, is a vitally important step. Such education will encourage parents, teachers, first responders, and lay people like myself to act without thinking twice and reach out to people in crisis. We would then not just care about that person as an observer, we would become an agent for their recovery.