From a Survivor of Sexual Assault Living with PTSD

Hearing “You have PTSD!” changed my life forever!

Never in a million years did I think I’d be diagnosed with PTSD, but I was sexually assaulted, and PTSD followed; it was in the moment I knew I wanted to share my story with others. Shortly after, I self-disclosed my diagnosis by telling close friends and family that I had PTSD.

I quickly learned who my true friends were. Most were afraid to be around me; they didn’t see me as normal anymore and it broke my heart. I was frustrated, and I was angry. It nearly broke me as I sat in my room and cried. The flashbacks of that horrific day came flooding back. None of them knew at the time why I had PTSD.

It was hard enough telling them what it was like having PTSD let alone explaining the reasoning behind it. But I knew I needed to do something.

I began to share my story with others. When I mentioned I had PTSD, the first question I was asked by some was, “Are you a veteran?” When I replied that I wasn’t, it was difficult for them to understand how I could have PTSD. I went on to explain that I had suffered a traumatic experience back in 2015 - that I was a victim/survivor of rape.

While I didn’t go into too much detail, I simply explained what happened, hoping it would make a difference. To some, it did. To others, they still had a hard time understanding.

It was a rough couple of months, but I wasn’t going to give up. I was now more determined than ever to continue to break down the stigmas and stereotypes that surround mental health. I wanted others like me to know they were not alone.

While I may feel broken inside, I would be there fighting right alongside them. We were in this together and I would continue to fight the good fight - no matter how long it took.

Some of the ways I deal with my PTSD include:

Every day is a new beginning; a new day to put one foot in front of the other and be the best you can be. Please remember, “Not all Wounds are Visible!” – Unknown. 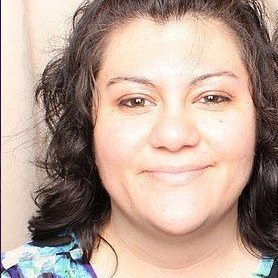 Michelle is currently a graduate student at ASU, seeking a degree in Nonprofit Management and Leadership. She’s the Founder and CEO of the BEE Daring Foundation, a not-for-profit organization for college campuses and mental health. Its mission statement is to eradicate the stigmas surrounding mental health on college campuses. The Foundation’s vision is to educate college campuses on the effects of mental health and how to overcome it. Its target audience is college students (undergraduate, graduate, veterans, international, and transfer students), faculty and staff, friends & family, and first responders. Since becoming a mental health advocate in 2016, Michelle has created various mental health events. She won a pitchfork award for in 2017 for best educational program, “Mental Health Awareness Week.” She has also created two amazing student organizations: Engaging Minds and the BEE Daring Advocates. Both work towards brining awareness of the different stigmas and stereotypes that surround mental health. Michelle is a member of MHA’s 2018-2019 Collegiate Mental Health Innovation Council.