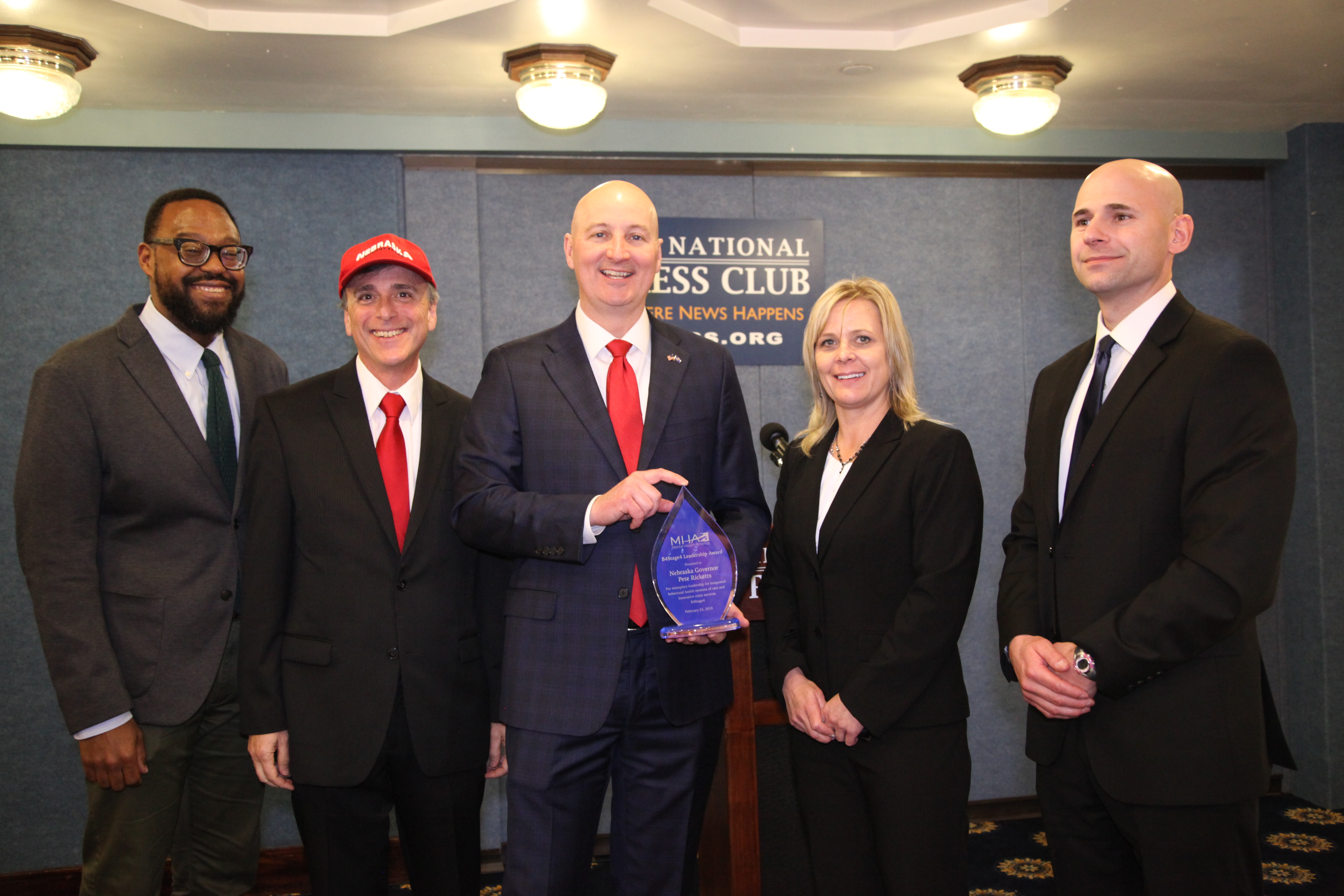 2018 was quite a year for the Regional Policy Council. There were four RPC national meetings that coincided with national legislative groups: National Governors’ Association (NGA), National Council of State Legislatures (NCSL), American Legislative Exchange (ALEC) and the Conference of State Governments (CSG). Legislative mental health champions were identified and presented awards at each of these meetings. Governor Pete Rickets of Nebraska was honored in Washington, DC in February (NGA), which was preceded by a briefing at the National Press Club entitled Peer Specialists and Police as Partners in Preventing Crises. In Los Angeles (at NCSL) during the meeting Achieving B4Stage4 through Access and Accountability, eight state legislators were given awards and were also presented with a Congressional Proclamation by Congressional Mental Health Caucus Co-Chair Representative Grace Napolitano. In August in New Orleans (ALEC), at the meeting Why the Criminal Justice System is Not a ‘Big Easy’ Solution for Behavioral Health, two legislators received awards, and speakers included current and former legislators and the Tennessee Commissioner for Behavioral Health. The final meeting of 2018 held in Covington, KY (at CSG), Stepping Over Barriers and Building Bridges to Further B4Stage4, had eight additional legislators receiving mental health champion awards. Legislator awards presented in 2018 reflect the following: 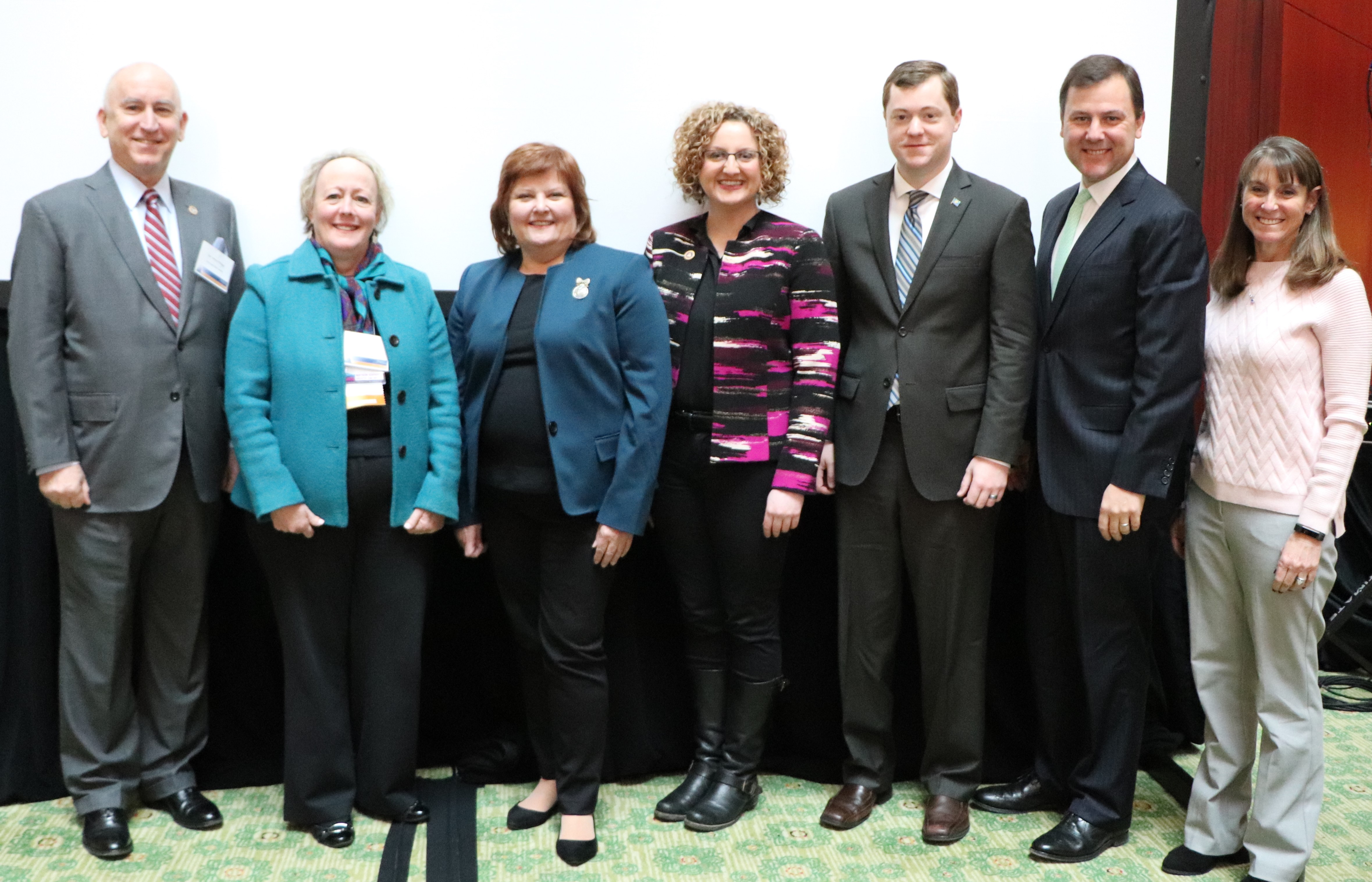 Presentations at the RPC meetings were offered by former state legislators, state legislative group spokespersons, industry partners, mental health researchers, and current officials from state and local governments. A sampling of the topics is below: 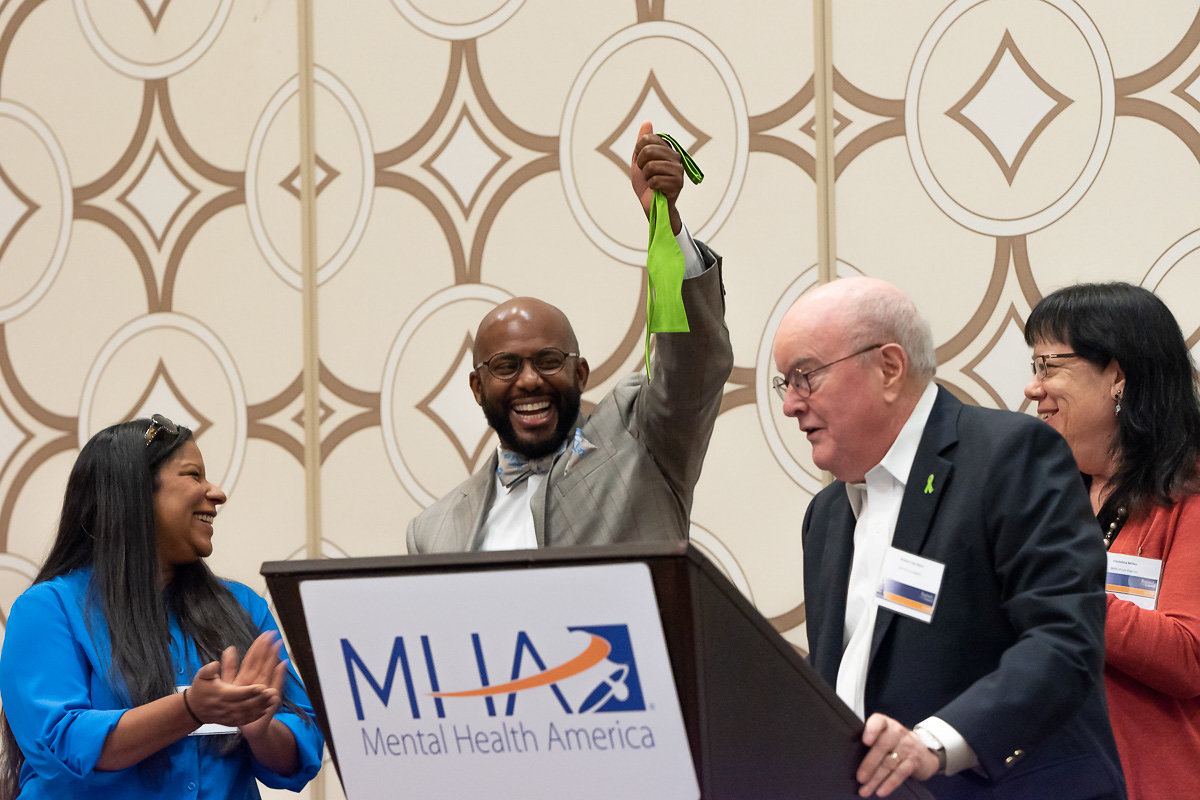 But these statistics are only part of the ongoing exchanges between MHA and national legislator groups. There were also initiatives that were undertaken by legislators that were inspired by hearing about fellow legislators at the previous year’s RPC meetings, which included topics ranging from mental health and suicide prevention trainings in schools, text-crisis hotlines, to violence avoidance and gun safety. Additionally, senior representatives from the NCSL, ALEC and CSG offered words of welcome, attended the awards ceremonies, and spoke about awardees. Capping off the reciprocity of the relationships with the national legislative groups, MHA senior staff members were invited to give in-person presentations at NCSL legislator trainings on Peers in Clinical Practice and Mental Health in Maternal/Child/Family Legislation. There were also telephone consultations on mental health provisions in state Medicaid plans, and numerous requests by an ALEC consultant regarding mental health and gun violence, the provision of mental health services in jails and prisons, and the facilitation of a survey conducted of people who work in the bail-bond industry regarding those they serve with mental health conditions, the results of which were presented at the RPC meeting in New Orleans (ALEC).

Attendance numbers for 2018 RPC meetings were as follows: 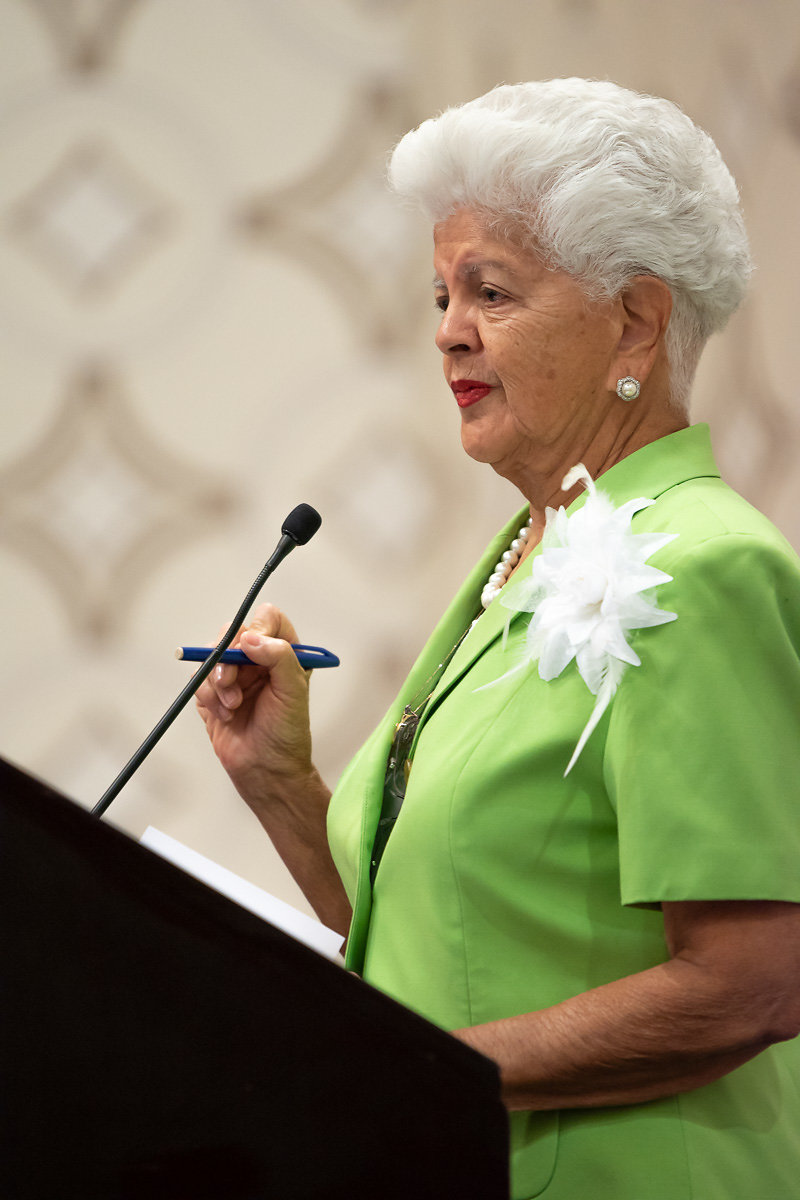 The RPC also conducted three webinars in 2018 wherein 684 attendees listened as they were presented and hundreds of downloads of the recordings and slides:

The RPC addressed the unprecedented number of legislative proposals to roll back gains made over the previous decades with respect to access to care, inclusive formularies, favorable care management, as well as attempts to impose onerous requirements for pharmacy management, imposing fail-first or step therapy, mandating hours of work, and attempts to limit the rights, preferences and choices of patients and providers. MHA’s national office supported by RPC efforts in the states fought these proposals with calls and visits to legislative offices, letters to state committees of jurisdiction, and through collaboration with advocates and health care recipients telling their stories at State Capitol hearings and Hill Days.

Some of the issues addressed by letters, calls, and at meetings from the RPC in 2018 resulted in legislation or stopped harmful initiatives including: 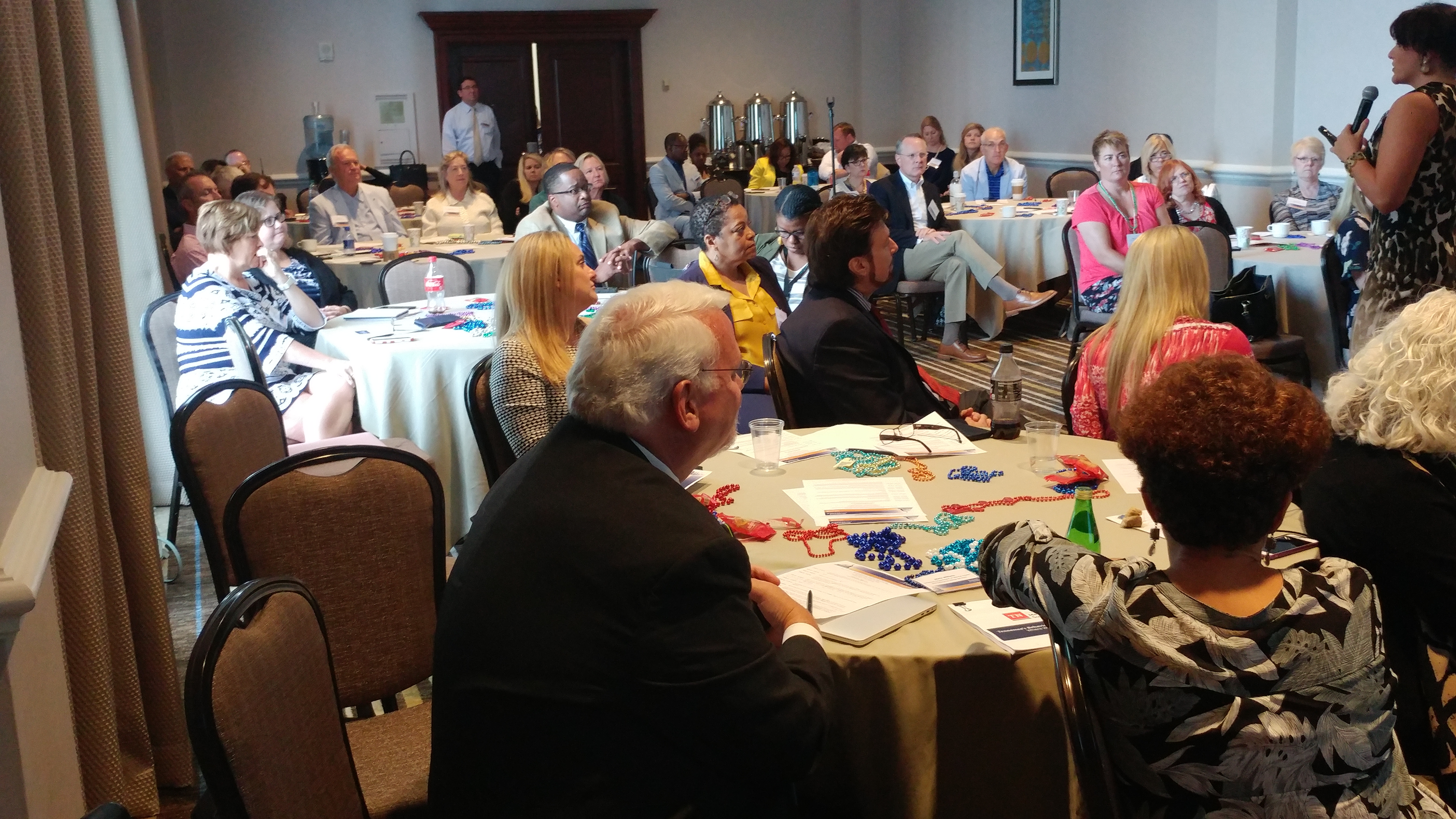 Another signature RPC program is the Back Home Campaign, which coordinates national and state efforts in legislative districts in the states. Some of the efforts reported back include: